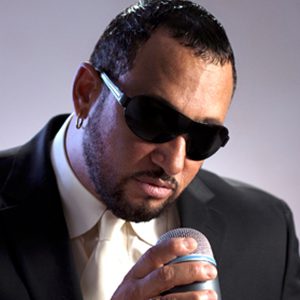 Born in New Orleans and raised in South Central Los Angeles, Sydney Justin comes from a very talented and athletic family. Sports, Art and Music play a major role in his life. Participating in high school musical talent shows, displaying his art in various art exhibits and also attending Otis Art Institute for gifted young artists has paved the way to his path of experience today. His professor at Otis Art Institute was the great influential and renowned black artist Charles White known for his beautiful Images of Dignity: Drawings of Charles White. Mr. White was revered by the art world with many famous celebrity and collectors of his works such as Benjamin Horowitz, Harry Belafonte, James Poter and many many others. Another mentor of Sydney’s of artistic talent was Mr. Ernie Barns who’s works have been highly acclaimed and collected by many prominent and famous celebrities and collectors throughout the world. Ernie’s work has also been displayed in the movie “Southside with You” The story of President Barack Obama and his wife the First Lady Michelle Obama as well as the T. V. Sitcom Good Times.
Both Legends found Sydney’s talents and work of paintings and drawings to be exquisite and of extremely valuable bodies of work. 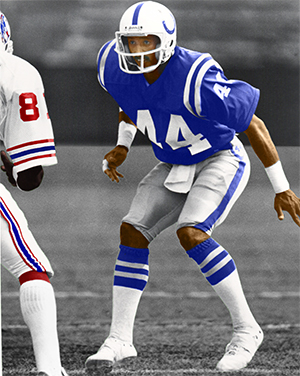 Football, Art and Music are his passions. Although Sydney never played high school football, his natural athletic gifts brought him a football scholarship to Long Beach State University. After a successful college career he was blessed to sign a contract with the Los Angeles Rams and in his rookie year The Rams played the Steelers in Super Bowl XIV.
Sydney later signed to play in Canadian Football League with the Winnipeg Blue Bombers, The Buffalo Bills, and finally with the Baltimore Colts. Unfortunately, a neck injury ended his career after only 5 seasons. His dreams and aspirations of becoming a Artist, Singer, Songwriter and Producer were still in his future.
Just after high school, Sydney’s musical talents led to his performing on movie sound tracks such as, Animal House (Shout” and “Shama Lama Ding Dong) that the characters “Otis Day and the Nights” lip-synced.
After his football career, Sydney re-directed his musical talents to painting, songwriting, singing and producing. Highlights include being part of the songwriting team Sylverspoon productions working with such artists as Glen Jones, Shalamar, The Whispers, Dynasty and Lakeside; Later Sydney joined the pop group Shalamar as lead singer.
Working with record producers L.A. Reid & Babyface on the song ”Loves Grown Deep” from Shalamar’s Circumstantial Evidence CD, this song became Asia’s number 1 hit for over 5 months straight.
Many Songwriting and producing opportunities followed. He wrote songs and produced soundtracks for such movies as Lambada and sang on Bobby Brown’s hit songs “Every Little Step” and “Rock wit Cha ” achieving Platinum CD status.
Sydney also performed in concert with other artists such as The Gap Band, Roger & Zapp, Alexander O’Neil, Rose Royce, and Earth, Wind and Fire and many, many others.
Now Today as the lead singer for the world famous group The Miracles, Berry Gordy, and original members Pete Moore and Claudette Robinson has passed the torch of leadership from Smokey Robinson to Sydney Justin. “He takes the sound and songs to new heights with his mesmerizing sexiness, excitement and energy, He is a consummate performer, always striving to offer the world his absolute best” quote by Claudette Robinson First Lady of Motown and original member of The Miracles.
Sydney Justin, was at one time voted in the top ten of Right On Magazine’s Sexiest Men Alive.
Football is still in his blood He loves coaching defensive backs so much He recently wrote a how to book on playing the defensive back position called “The Lost Art.” you can find it on Amazon Books. Sydney loves God, trusts God and believes all things are possible through faith in Yeshua Jesus The Christ…and All Miracles are always possible.
© The Miracles | Yendis Entertainment - Developed by FDE Productions
Ooh Baby BabyWhat Love Has Joined TogetherLove MachineBaby Baby Don't CryTears of A ClownThe Tracks of My TearsMore LoveShop AroundHere I Go AgainGoing To a Go GoYou've Really Got A Hold On MeMickey's MonkeyI Second That Emotion
Cookies To make this site work properly, we sometimes place small data files called cookies on your device. Most big websites do this too. Read more
Accept
Change Settings
Cookie Box Settings
Cookie Box Settings