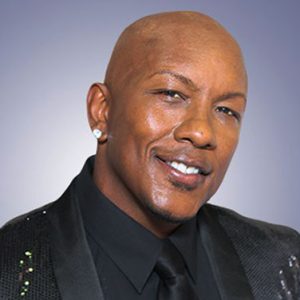 Eric (Swinn) Swindle is the musical artistry of a gifted singer/songwriter from Phoenix, Arizona. Swinnstarted singing at the tender age of 8. The sunbeam choir at South Phoenix Baptist Church was swinn’sfirst taste of the stage, singing “Jesus loves me” Immediately following his first performance, Swinnstarted leading songs regularly every Sunday. Swinn’s passion to make it in music spawned major opportunities. Singing from one group to another…Swinn finally figured out that a solo career was the way to go. Always the group leader, “it was always difficult to keep everyone as motivated as I was”. At present Swinn slams you with high energy hip/hop crossover tracks made just for pumpin it up in the clubs. Swinn brings together the best in R&B and hip/hop electrifying audiences in the United States and Internationally. Ballads are another hit with Swinn, inspiring to write love songs that soothe the soul.

Swinn featured as a lead vocalists in a theatrical musical production entitled, “New York News Boyz”! To date, this production is considered to have been one of the hottest, most popular stage show at Universal Studios Japan in Osaka since its debut in 2001. This is where Swinn’s fan base truly originated and paved the way for future U.S.A. acts to be successful at Universal Studios Japan. Swinn’s fanbase in Japan has continued to grow and support him over the years. “Singing for Japanese audiences have been amazing”!!! More than 80,000 + fans would gather to see Eric perform Christmas songs with The New York Newz Boyz on a nightly basis during the holidays.

Swinn recently hit the recording studio in Atlanta, Georgia.. Atlanta is known for its hot writers,producers, label executives, and artists that have taken over the R&B and hip/hop music scene in the US. Atlanta based talent is at the top of every chart. Swinn is right there in the mix. Eager to share his writing ability with the world, Swinn has been slowly cultivating his writing abilities. So get ready world..Swinn’s passion for writing and music stem from a young age, listening to the likes of Stevie Wonder, Boyz II Men, Brian Mcknight, Joe , Sting, Journey, U2 , and Bon Jovi just to name some of his favorites.